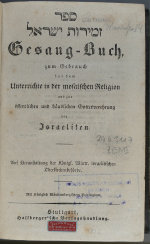 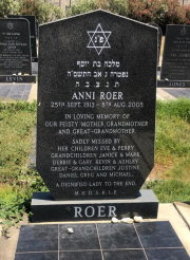 The first restitution carried out by the HfJS is a hymn book from 1836, published by the Royal Württemberg Jewish Church Authority. The origin of the book is a result of the 'Law concerning the public relations of Israelite fellow believers', which was passed a few years before its publication. This law was intended to achieve approximate legal equality for Jews. It also served to integrate the entire Jewish community administration into the state apparatus based in Stuttgart.

At first one would have to assume a Württemberg provenance, but fortunately the label of a bookseller from Minden points directly to the residence of the owners of the book.

The cattle dealer Jonas Samuel (born 1856) and his wife Franziska, née Rosenfeld (born 1861) lived in the Marienstrasse mentioned above. Franziska Samuel died in 1924. Presumably three years after his wife's death, Jonas Samuel passed the book on to her grandniece Anneliese Beermann, born in 1913. He himself died at the age of 86 in the Bielefeld internment camp, shortly before his planned deportation to the extermination camp. Anneliese's father Julius Beermann, also a cattle dealer, committed suicide in 1934.

After Anneliese Beermann was not allowed to fulfill her career aspirations in youth welfare as a Jewess and the family business was boycotted, Anneliese Beermann decided to leave her home country with her future husband Julius Roer. Julius Roer's family had owned a slaughterhouse in Minden and at least through their business connections the Roer and Samuel/Beermann families had been known to each other. Julius Roer received a ticket for the passenger ship 'Stuttgart', chartered by the German-Jewish Board ('Hilfsverein der deutschen Juden'), which was to leave Bremerhaven in October 1936. Julius Roer was to be detained during the inspection at the port, as he was presumably accused of exceeding the exemption limit for foreign currency. Until he left, he hid in the ship's toilet, as he was wanted by the SS. In this way he reached Cape Town, where Anneliese was able to follow him in the spring of 1937 - despite stricter entry regulations for South Africa. In 1938, Anneliese's mother Hennie also reached South Africa. 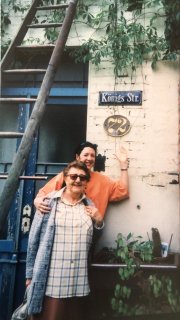 Anneliese Roer and her daughter Evelyn Hurwitz visited Minden in 1989 on invitation of the city.

In 1938 Anneliese's mother Hennie had to sell the family's property at Königstraße 72 in order to be able to raise the so-called Reichs-Flight-Tax (Reichsfluchtsteuer) for their departure. 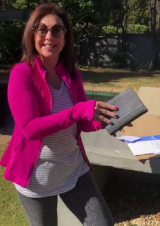 In May 2020, we were able to locate Anneliese's granddaughter Debbie Meyer in Johannesburg as the heiress, and soon afterwards we were able to send her the book. While unpacking the mail, she let herself be filmed and sent us the video, which pleasantly surprised us.

In autumn 2020 an article about the restitution was published in the 'South African Jewish Report'.

We would like to thank Mr. Vinzenz Lübben, M.A. of the municipal archive Minden for his support in researching the data.

We were able to count on the invaluable help of Anne Webber from the Commission for Looted Art in Europe in the search for heirs.

Link to the copy in the database Looted Cultural Assets.